IT Planning During a Crisis

IT Planning During a Crisis 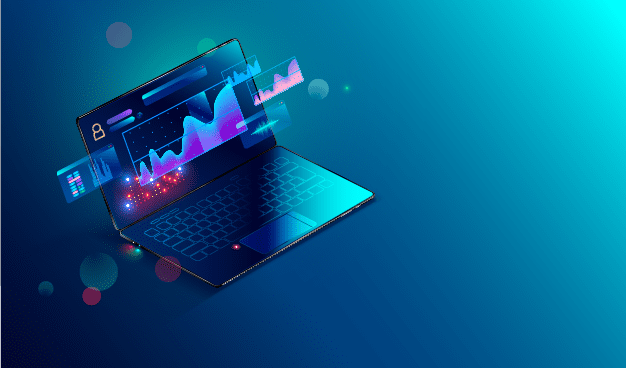 Without a doubt, 2020 changed everything. I like to compare it to a science fiction movie where time travel is involved. Clearly, we have all ended up permanently on a different space/time continuum.

We will go forward differently. For IT organizations, which do deserve the credit for keeping things running, many things have changed or will be different going forward. This has been the moment to yield results in alignment with the business partners.

The question is: how did IT operate and plan during the crisis? A recent CIOChat explored this topic.

How Soon In The Crisis Did You Realize 2020 Needed A Re-Plan?

CIOs, to be fair, were not omnipresent and for this reason, have not tried to take a bow. They instead are candid that they didn’t realized a new plan was need until just before or about the point offices were being closed. CIO Marin Davis says that they quickly agreed at this point “it wasn’t so much a re-plan, more of an okay what’s next then.”

CIOs shared openly that no one had a sense for the potential scope of the disaster. CIO David Seidl says, “we started worst case scenario planning lightly a couple of weeks before people went home, but everybody thought it would be weeks of disruption. It was less of a re-plan, and more of a commitment to flexing while kept our eyes on taking care of our community.”

CIO Pedro Martinez Puig similarly claims that “other than realizing that a re-plan was needed, we found that 2020 planning was useless and that we should move to a permanent recalibration, as no history would be appropriate to predict what will come next. Uncharted territories were clearly ahead.”

Many IT organizations were fortunate and didn’t need a re-plan, as they had a plan for a pandemic in place. For them, the crisis was about accelerating their technical roadmap as things proved to be more long-term than short-term. Where organizations were already running Zoom, they setup daily Zoom or Teams meetings. But most say, this got tiring after a few months. For organization that weren’t ready the issue became how do you flatten the expenditures curve at the very same time as you grow support for everyone being remotely.

Analyst Jack Gold claims that “recognition of scope of crisis varied greatly, some assuming it would be a mild challenge at best and for others it was about doing the right thing by accelerating transformations that had stalled. I’d say 20% or organizations hid their head in the sand, 20% were already prepared, and the rest coped in various ways. About April or May, I saw major activity and in June those not already able to work from home panicked and did whatever they had to do, including relaxing security.” Scary!

How Was Your Planning Process Different This Year?

CIOs says there was less changes than one might imagine. In fact, CIO Dennis Klemenz found a silver lining in this year.

“Stakeholders were much more aware of technology and the way IT transforms the organization. The conversations were different, they weren’t expense discussions but rather were enablement discussions. Some executives even pressed us to spend more! This was refreshing.” Several CIOs were amazed as well with the tone of the conversation. Discussion often started with:  How are you? How are you holding up? Is your family doing well? It was a human discussion first and then a strategic versus tactical discussion.

Interesting for those that already had a geographically distributed workforce, the change was minor. For example, Davis says there was “no difference at all, when you have geographically dispersed stakeholders it was always going to involve a lot of video calls and data submission.” With this said, CIO said there was a larger dispersion between best case and worst-case scenarios. And the base case scenarios were different. They were pandemic short, pandemic long, or something else.

For Puig, “on top of the no commuting for any planning group events, I must say we had a more optimistic forecast than last year.” Some CIOs really liked the process of reviewing plans via collaborative platforms. Many said it was more productive than in-person meetings with emailed spreadsheets that quickly get out of sync. Interestingly, many CIOs said planning required accelerating established plans and visions.

Gold says that what he saw “is that many companies went from a regimented strategic planning processes to one of let’s just get whatever we need be done and got out the duct tape to make things work as best they could. Yes, but the real shock came to organizations with relatively co-located groups that could no longer interact in person and probably had few if any remote work tools in place.”

What Projects Moved To The Front Or Back Of The Line

CIOs saw the focus move to customers, the employees, and sustaining operations. Klemenz says that his organization put in the “front of the line collaboration, cybersecurity, safety, and digitalizing customer interactions. They put in the back of the line went efficiency and cost savings projects. Efficiency, however, will need to come back in 2022.”

Collaboration software where it was up to snuff moved higher on most CIOs list. Davis, for example, said that his firm “migrated Teams to a high availability setup and suddenly this became the number 1 priority, along with adding VMs and resources to key gateways. Cybersecurity definitely remained a major focus.”

In terms of other focuses, former CIO Wayne Sadin suggests “ERP, CRM, Supply Chain, Mobility, Cloud, and BI projects all moved up. Business as usual projects moved down. In other words, technology thinking by business units advanced years.” Honestly, I am surprised about the priority for application upgrades.

At the same time, enterprise architecture came to the forefront for many organizations. It was too hard to support diverse tools quickly under pressure. Organizations varied in where they made investments. Many made investments to do remote work better. With this said, Puig suggests that “the hybrid workplace is here to stay, secured and reliable home office spaces took an extra budget hit to ensure remote collaboration, while e-commerce capabilities reigned in the top.”

Biggest Budget Priorities For Your Organization?

CIOs clearly are putting dollars where they were needed. Number 1 on the CIOs list is digital enhancements to CX followed closely by collaboration tools and cybersecurity and privacy. Powering CX without question is analytics and AI. This has moved process improvement and automation to a secondary priority.

Klemenz says that a “secondary focus for his organization will be internal process improvement and automation and cost savings and efficiency projects. We are migrating to digital documents and workflows help our customers (no need to physically go sign forms) and employees as they won’t need to “push paper.”

Davis says that “one of the key issues we are starting to see is short term digital actions that are not backed up by connected internal processes.” CIOs clearly are looking to improve remote collaboration both internally and externally. To help, some CIOs have been given budgets that are multi year.

Klemenz says “technology architecture needs have scalability in the design. We don’t buy a VPN device for 10 people if you have 100 people who might need to VPN eventually.” Going forward, CIOs believe that the scenarios they will considered will grow.

For this reason, Sadin says that “continuity should continue as before: identify inherent risk, determine residual risk tolerance, and planning and executing mitigations. Business plus IT needs, however, to rethink the risks and redesign supply chains to handle greater business dislocations. This includes COVID, Climate Change, etc. Hopefully, all business realize the importance of business continuity.”

Finally, CIO Jim Russell says “fully cloud certainly moved forward in various timelines replacing hybrid. And more hopeful users will better understand the next time I come knocking. More support for testing business continuity has to be a by-product of the next normal.”

As we have suggested throughout this piece, this crisis changed us in many ways. No one was completely ready for the change that started last March. And while many were lucky, it is time now to plan for a less certain future and the continuity issues this future will present. This will be a big change for many. But the vanguard CIOs that I work with have shown they are ready to plan and deliver on the corporate future.