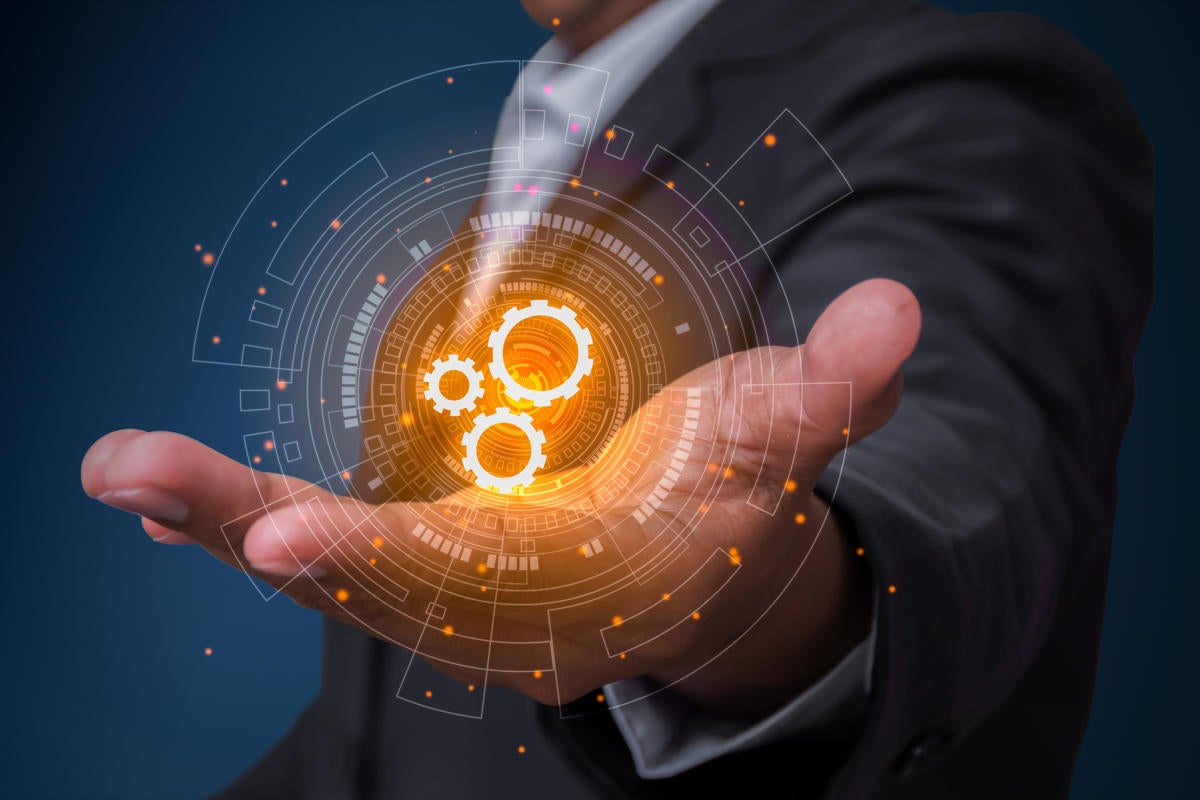 The year started bright for CIOs, with most expecting healthy budgets for 2020. Indeed, surveys pegged the majority of IT budgets as up over last year.

Now many CIOs are preparing for a complete turnaround, as COVID-19, economic shutdowns and the growing potential for a global recession hit hard at organizational revenue.

As a result, IT budgets are now expected to decline.

Multiple firms released data this spring showing that a majority of CIOs are facing cuts. Forrester Research, for example, said CIOs could face a 5 percent cut in 2020in a best-case scenario. IDC is forecasting a 5.1 percent decline in worldwide IT spending. And Dresner Advisory Services found that 60 percent of respondents reported that the pandemic is impacting IT budgets or projects.

Although CIOs have a long history of doing more with less, they’re now seeing a renewed focus on operational efficiency. But given the increasing importance of IT in driving revenue growth and securing the organization’s place in the market, CIOs need to save money without slashing funds on initiatives that will move their businesses forward.

That means IT leaders must be creative and strategic with their efficiency moves, says Mark Barner, executive consultant with Swingtide, a management consulting company, “because they’re working to be more efficient at the same time they’re embracing an organization’s digital agenda.” CIOs can’t just cut a certain percentage off each line item and expect success.

Moreover, efficiency can’t be viewed entirely in terms of achieving the lowest cost, say a host of advisers and veteran IT leaders. Instead, CIOs need to focus on driving for the best value in their quest to run the leanest operation possible while also delivering improved services to the organization.

So he continually searches for areas where he could coax better performance from his IT infrastructure at a lower cost.

“We maximize efficiency by looking inward into IT. We have multiple layers implemented in different waves of deployment, with some systems built in house and some bought off the shelf. And although the layers in IT are seamless to the business, they can be hard to operate and costly,” he says.

For instance, Brajkovich recently analyzed his company’s collaboration software costs versus performance. He found that his team averaged about 600 user requests for support a month, at a cost averaging about $50 an hour.

Although this incumbent collaboration software was a top pick when first implemented, Brajkovich says it’s one of many choices today. So he switched vendors, determining that even with the cost of introducing a new system and training workers to use it, the move would still yield savings. In fact, he’s already seeing returns, he says, with support calls dropping to nearly nil and overall performance proving to be better.

Brajkovich acknowledges that scrutinizing existing operations isn’t an unusual strategy but says it is one that requires a leadership team well aware of where the IT pain points are.

When Barner, the Swingtide consultant, was CIO of Ascension, he saw an opportunity to get more value out of the vendors doing business with his IT department. So he set up a vendor lifecycle management program and established a dedicated vendor management office staffed with professionals experienced in negotiations and licensing.

“Complete vendor lifecycle management is a discipline, not something to do in the evening or weekends,” he says, adding that he also worked with CPAs with technical backgrounds so they could tease out fine points and accurately compare costs based on various licensing and contractual options.

The office first targeted contracts with the most obvious opportunities for savings, going after low-hanging fruit before moving up the ladder. The office renegotiated more than 200 contracts in its first years in existence.

Those updated contracts not only saved the company money but delivered better quality and service, too, Barner says, with the savings more than covering the cost of the vendor management office.

“CIOs know how much of their budget is spent with third parties — a conservative range of 60 to 70 percent — and the reliance on third parties will continue. The risks associated with this ever-increasing dependence on technology vendors can only be mitigated through good, protective and consistent contracts, managed vendor relationships, and coordination of supporting processes and functions,” Barner adds. “Arguably, contracts that have been in a CIO’s portfolio for more than a few years should be updated, overhauled and renegotiated as a CIO can no longer treat their portfolios of solutions as representing a steady-state environment [because] technology continues to evolve at a rapid pace.”

After multiple years during which many CIOs enjoyed annual budget increases as well as mandates to explore and innovate, management advisers say IT leaders should reprioritize their spending to focus most (if not all) of their dollars on the technologies and projects they know will deliver.

“In this current context people will no longer invest as much in exploring new technologies that haven’t yet proven their returns in practice,” says Willem-Jan van Hoeve, professor of operations research at Carnegie Mellon University's Tepper School of Business.

Innovation shouldn’t go away, of course; but CIOs should focus on technologies proven to deliver more immediate returns — a step that necessitates an honest assessment of projects to determine whether they are truly beneficial in the near to mid-term.

At the same time CIOs should eliminate initiatives that had potential but aren’t delivering results. Those freed up resources can then be repositioned to projects with demonstrable returns.

“There might not have been a case to cut those in the past, and in times of prosperity it was worth taking some risks, but at some point you need to close down such projects so you can open up projects with proven results elsewhere,” van Hoeve says.

Bring automation into IT operations

Most CIOs have been driving automation throughout the business side of their organizations to speed up operations, free staff from repetitive tasks and minimize errors. Automation in IT can bring those benefits as well as fewer outages, leading to more efficient operations overall. Robotic process automation (RPA) technologies, along with decision engines and artificial intelligence all “have the potential of having value in reducing costs,” says Daniel Mintz, chairperson of the IT department at the University of Maryland Global Campus and a former executive who had served as CIO at the U.S. Department of Transportation.

“There are candidates for automation within IT, for example, aspects of the IT help desk which can be automated with things like chatbots that have been around for a while but are not always fully utilized,” Mintz adds.

Research shows that many IT leaders aren’t embracing automation yet. Flexera’s 2020 CIO Priorities Report found that just 72 percent have planned adoption of AI and machine learning while only 58 percent have plans for RPA adoption this year.

Although the survey doesn’t identify what percentage of those planned projects would bring automation to IT operations specifically, experts say automation often bridges business and IT operations, bringing efficiencies to both areas of the organizations.

Take the work happening at Polaris. Brajkovich says his team deployed RPA to automate business processes, selecting a platform from WorkFusion that offers connectivity to APIs and integration with the company’s ERP system to guarantee smooth IT operations. (RPA is also part of NorthStar Digital Solutions, a tech company spun out of Polaris to offer products to other transportation companies.) Moreover, Brajkovich says, such use cases show how efficiency is tied into innovation and growth.

Continue with the cloud journey

Enterprise spending on cloud continues to grow, with the 2020 State of the Cloud Report from software maker Flexera finding that 20 percent of respondents report that their annual spending on cloud will exceed $12 million and 74 percent report spending in excess of $1.2 million annually. Those figures are up from 13 percent and 50 percent the prior year, respectively.

But experts caution against seeing such increases as extra costs but rather investments that actually deliver increased efficiencies that in the end deliver more value to the IT department and organizations as a whole.

Nirva Fereshetian, CIO at CBT Architects, has been shifting more of her company’s workload, including large graphic files, to the cloud. She considers a range of factors when calculating costs and values, taking a holistic approach that recognizes how continuing on her cloud journey — particularly for complex workloads — yields savings in staff time and improvements in performance.

For example, her company’s continued movement to the cloud enables Fereshetian to maximize IT talent as her workers shift from commodity tasks associated with managing on-premises hardware to the higher-value work of driving business outcomes through a technology strategy, she says. She also calculates the value of improved business continuity, reduced downtime and fewer service interruptions when evaluating whether moving something to the cloud will deliver a financial improvement.

“I think there is still more efficiencies to be picked up by moving more to the cloud, but you have to look at it holistically. Even if it might cost more [dollars] to move to cloud, if it offers better business continuity and other value propositions, that’s still an efficiency gain,” she says. “In the past efficiency meant just cutting costs. However, I think the current situation isn’t just about the cost differential but improving quality of service and improving experiences and improving business value.”

As companies enter into a pandemic-induced cost-cutting mode, experts predict executives across all functions will be asked to trim a set amount off their budgets — as has happened in the past.

But management advisers say forward-thinking CIOs approach lean operations not as a reactionary exercise or even as an occasional task to do but rather as an ongoing management objective; they are constantly assessing whether the people, processes and technologies they use to run their IT departments are as optimized and as efficient as possible.

“People often look at operational efficiency as ‘I’m going to do some triage to get some more efficiency and then I’m done.’ But in reality it has to be part of your value system, the way you do things; it’s more like a process than a project,” says Prasad Ramakrishnan, CIO of customer engagement software company Freshworks.

Ramakrishnan says he looks at how to make his IT operations more efficient as he considers how it’s going to evolve, an approach he does across categories — from end-user services to the business application landscape to security technologies.

“The landscape is going to change and you have to make measuring efficiency a part of what you’re doing, because if you’re not thinking about how you’re going to evolve and how that’s going to work from an improved efficiency standpoint, you’re going to be caught napping,” he adds.

An Opportunity To Change Tech Culture: Leveraging DevOps For The Remote Workforce

Seven Steps To Creating Business Agility In Your Organization